His Promise was a nice addition to the Amish of Hart County series. This story is book six in the series, but can be read as a stand alone novel, too. I really enjoyed this Christmas story that included not only Amish characters, but also firefighting, romance, and some danger.

Both of the main characters were very likable. Grace was so sweet and caring, often putting others before herself and looking to find a way to care for someone who had all but been forgotten by her family. John Michael was a great character. He was brave and loyal and a concerned, caring member of his community.

I definitely enoyed this book and recommend it to fans of Amish fiction and to those who enjoy Christmas stories.

It’s set to be a white Christmas in Hart County, and Grace King is pet-sitting in a beautiful home with only a difficult dachshund for company. Just as she starts to miss the bustle of her large Amish family, Grace runs into a familiar face. Living right next door is John Michael Miller. He’s a fireman now, but five years ago, he had courted her older sister, then broke her heart. Seeing him again stirs Grace’s anger, but also reminds her of deeper feelings she’s done her best to deny.

The infatuation John Michael once saw in Grace’s eyes is long gone, though his complicated attraction to her remains. He had walked away all those years ago when he realized he was falling in love with the wrong sister. Now, as suspicious fires are set in their community, that’s not an option. Grace dismisses his warnings, and John Michael vows to keep an eye on her. But he can’t help wondering if he’s reconnected with Grace, only to risk losing her again.

Now all John Michael wants for Christmas is to keep Grace safe, in the hopes that they can one day have a future together. 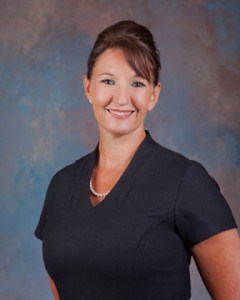 Since 2000, Shelley has sold over forty novels to numerous publishers, including HarperCollins, Harlequin, and Abingdon Press. She has been interviewed by NPR, and her books have been highlighted in numerous publications, including USA Today and The Wall Street Journal.

Under the name Shelley Shepard Gray, Shelley writes Amish romances for HarperCollins’ inspirational line, Avon Inspire. Her recent novel, The Protector, the final book in her “Families of Honor” series, hit the New York Times List, and her previous novel in the same series, The Survivor, appeared on the USA Today bestseller list. Shelley has won the prestigious Holt Medallion for her books, Forgiven and Grace, and her novels have been chosen as Alternate Selections for the Doubleday/Literary Guild Book Club. Her first novel with Avon Inspire, Hidden, was an Inspirational Reader’s Choice finalist.

Shelley also writes historical, western inspirational romances for Abingdon Press as Shelley Gray. Her first novel with Abingdon, A Texan’s Promise, was released in October 2011 and has earned glowing reviews.

Her written essays have appeared on CNN.com

Before writing romances, Shelley lived in Texas and Colorado, where she taught school and earned both her bachelor’s and master’s degrees in education. She now lives in southern Ohio and writes full time. Shelley is married, the mother of two children in college, and is an active member of her church. She serves on committees, volunteers in the church office, and currently leads a Bible study group, and she looks forward to the opportunity to continue to write novels that showcase her Christian ideals.

When she’s not writing, Shelley often attends conferences and reader retreats in order to give workshops and publicize her work. She’s attended RWA’s national conference six times, the ACFW conference and Romantic Times Magazine’s annual conference as well as traveled to New Jersey, Birmingham, and Tennessee to attend local conferences.

Shelley is a member of RWA’s Published Author chapter, ACFW, and the Faith Hope and Love Chapter of RWA.

As a homeschooling mom and avid reader, I get great joy through reading and reviewing books. I focus my reading and my reviews on Christian fiction, primarily Christian romantic fiction. I also review sweet, clean fiction. I hope you will find my reviews helpful in your decisions on what books to read.
View all posts by Brittany →
This entry was posted in book, book review, Christian Fiction, Uncategorized and tagged Amish, Amish of Hart County, Book, book review, christian fiction, contemporary, God, His Promise, literature, romance, Shelley Shepard Gray. Bookmark the permalink.